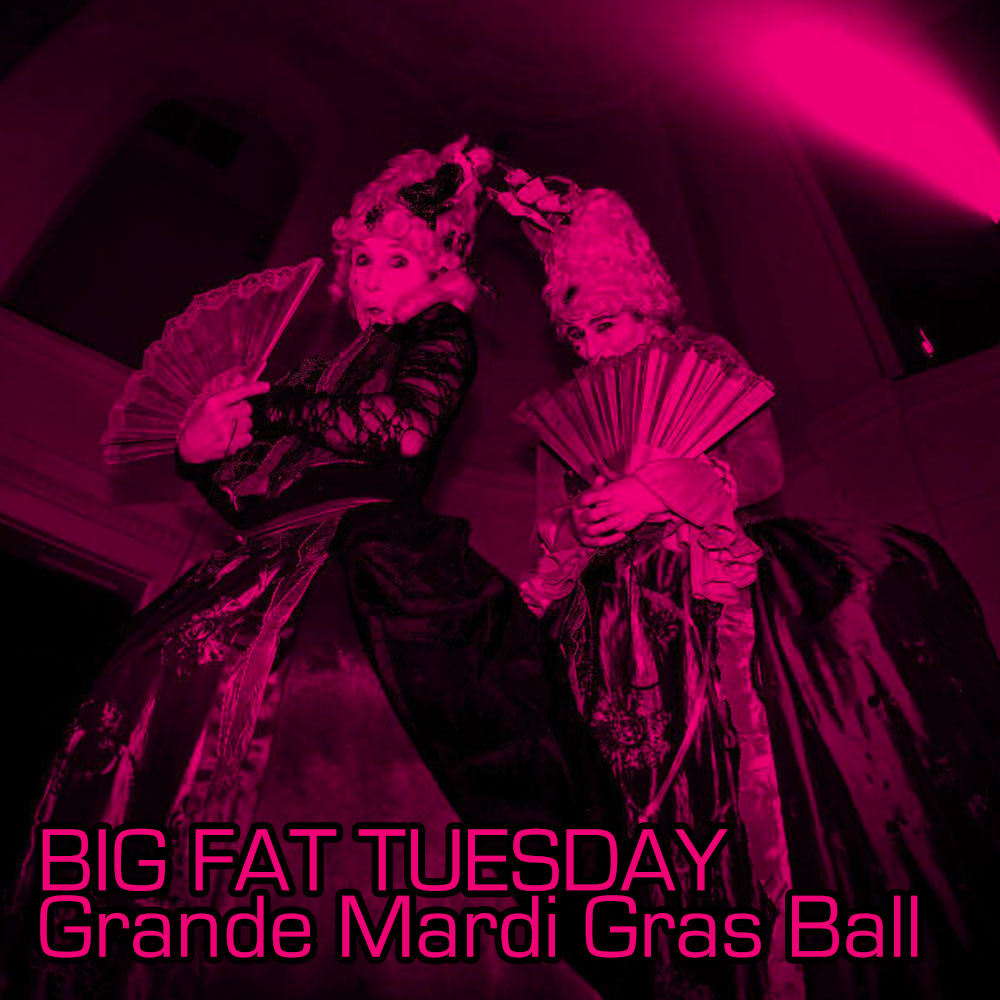 Lorraine’s Show is at Midnight!

Lorraine is performing at the BIG FAT TUESDAY Grande Mardi Gras Ball in Hastings!
Find Lorraine downstairs from the main Ball in the Sussex Studio.
Hastings’ premier cabaret pub, The Fountain On Queens, will be hosting their own party in the for-one-night-only Fountain Ballroom. Featuring shows from Vinegar Strokes star of RuPaul’s Drag Race UK BBC Three and Westend musical Jamie The Musical!

Lorraine Bowen of Britain’s Got Talent fame, and cabaret shows from Katy Baird, Salty and Coco Canal, Wham Bam Thankyou Ma’am!Plus pop up cabarets and DJ sets taking us through to 4pm!!

Le Grande Mardi Gras Ball embraces the spirit of New Orleans, adding a touch of Venetian splendour all in the splendour of Hastings seafront!.

The Craig Charles Funk & Soul Club with radio DJ and Red Dwarf legend Craig Charles will headline the opulent Le Grande Mardi Gras Ball. The BBC 6 Music and Radio 2 DJ will bring his unique brand of funk and soul to the grandest Grande Ball ever!

The Ball, a by-word for opulence and decadence as revellers dress in their most glamorous New Orleans-meets-Venetian finery, will also feature one of the UK’s premier party bands, The Funking Bar Stewards, and Loud Noises, a unique blend of contemporary brass band and high octane dance music.

To round off the evening the phenomenal NOVA TWINS join the line up with a rare DJ set!

The whole evening will be hosted by the wonderful Mzz Kimberley who comes from Detroit but has been an intrinsic part of the London gay scene — as a nightclub hostess, actress and cabaret star.

The Funking Bar Stewards have been a staple of the UK’s biggest parties since the 1990s. The nine-piece band cover disco classics, glam stompers and soul superhits – from Le Freak and YMCA to Bohemian Rhapsody – with an energy that has become the toast of nightclubs, students unions and sold-out prestige venues such as London’s The Forum.

Leeds-based Loud Noises, meanwhile, take tracks such as Sade’s Smooth Criminal and Waterfalls by TLC and give them a hyper-sonic modern brass band twist.