Step into the wonderfully eccentric world of Lorraine Bowen, where catchy melodies, A line dresses, polyester and Casiotone organs collide.

Fabulously quirky Lorraine Bowen wowed the nation when David Walliams hit the GOLDEN BUZZER during her legendary performance of The Crumble Song on Britain’s Got Talent. Since then it has been viewed over 12 million times on YouTube.

Lorraine is a talented entertainer, songwriter and performer with over 25 years experience bringing her unique brand of infectious comedy and fun to audiences of all sizes.

Now known as The Crumble Lady, Lorraine Bowen won David Walliams’ Golden Buzzer on Britain’s Got Talent and has attracted tens of thousands of new fans of all ages; children are singing the Crumble Song at school, as are grown men in factories.

Lorraine Bowen is a unique performer! Quirky costumes, original idiosyncratic songs, vintage Casio keyboard played on an ironing board. She adores the fashion sensibility of the 1960s and has one of the largest polyester wardrobes in the UK.

Lorraine began her career playing piano with Billy Bragg in massive venues in the UK and stadiums in Europe as well as both sides of the Berlin wall. Since then she has produced 6 albums, 100 videos on her Youtube TV Channel and regularly performs nationally and internationally.

David Walliams wrote – She is genuinely really funny and talented. She’s a British eccentric, she’s half way between Miranda Hart and Victoria Wood, she’s got that lovely warm sensibility about her. In the semi-finals of Britain’s Got Talent David ironically introduced Lorraine to the nation as Britain’s answer to Beyonce!

Lorraine has a wide range of photos from head shots to full length shots.
If there is another image you would like please get in touch. 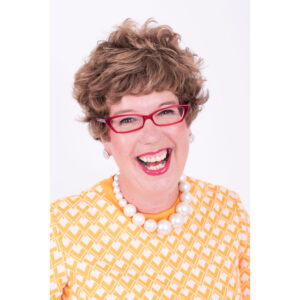 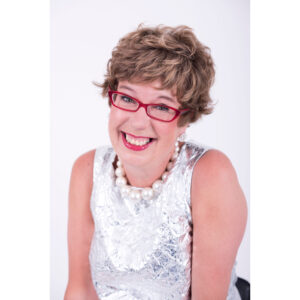 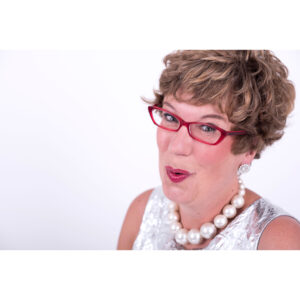 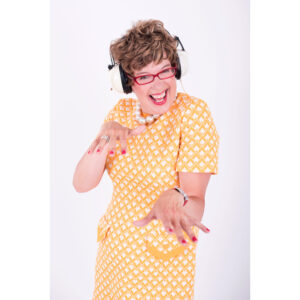 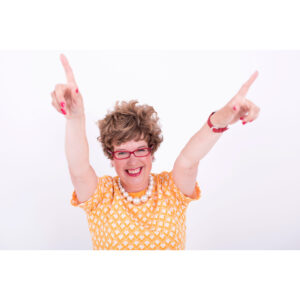 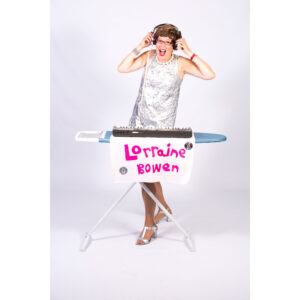 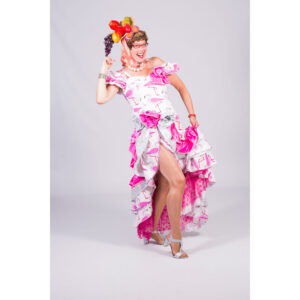 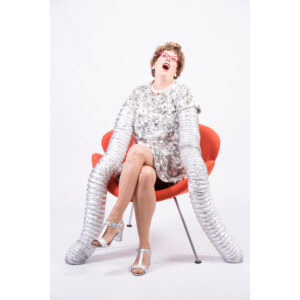 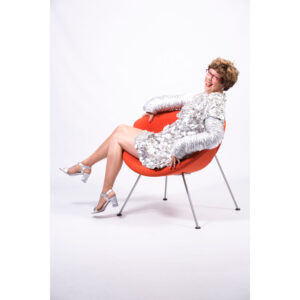 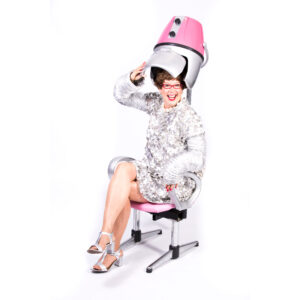 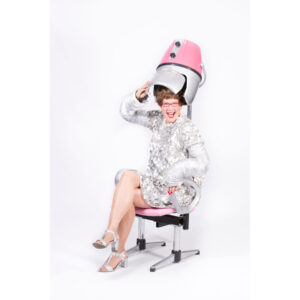 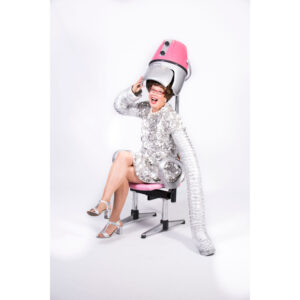 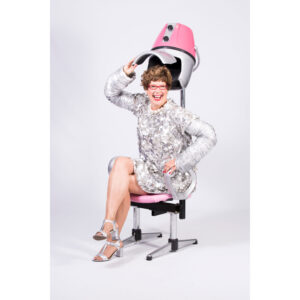 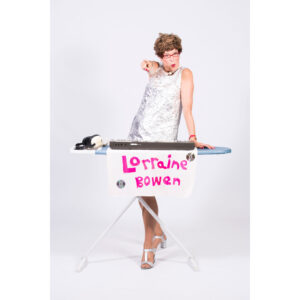 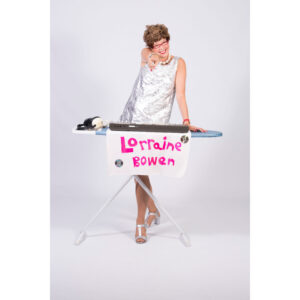 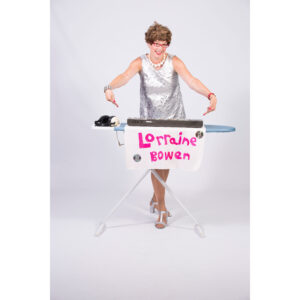 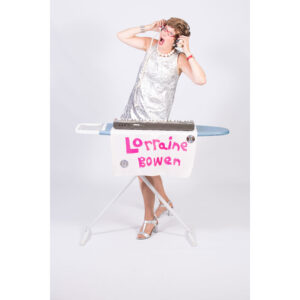 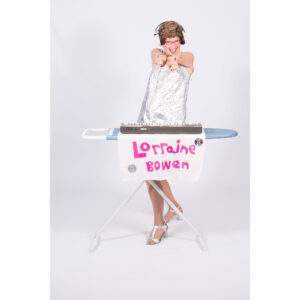 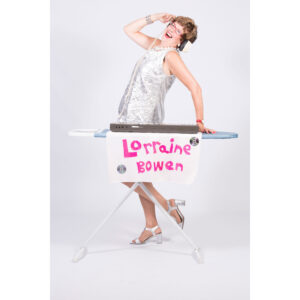 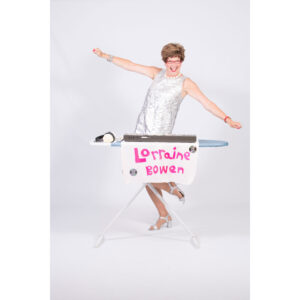 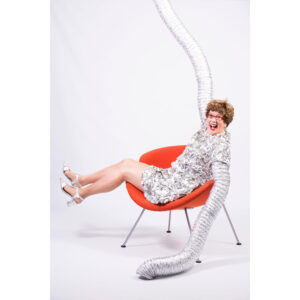 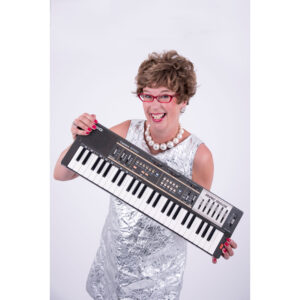 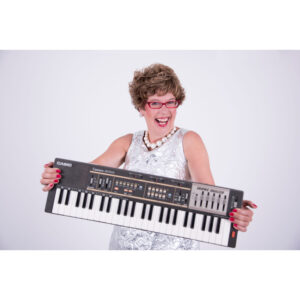 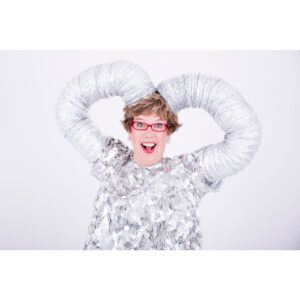 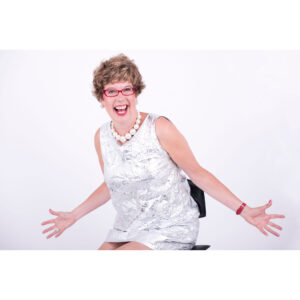 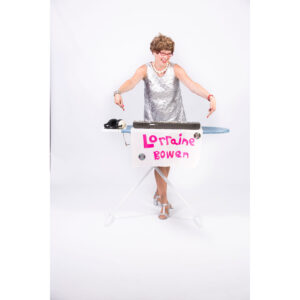 Sidebar Button – past shows
I could be performing in your area soon... You could be there!