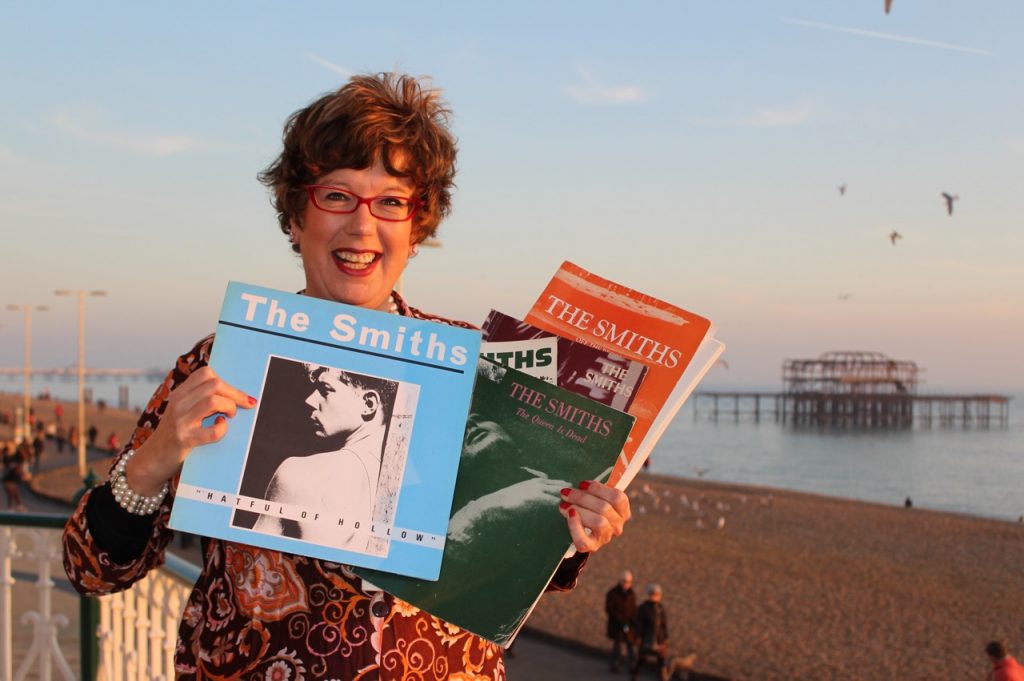 Celebrate the JOY of the mundane and the miserable and fill up with 80s nostalgia! Long-time Smiths fan and singing teacher Lorraine Bowen has arranged five numbers into 2/3 part choral arrangements and you are invited to sing your heart out with other fans in Morrissey fashion!

The workshop will concentrate on uniting the chorus into two parts with harmonies, including tips on breathing, diction, and performance. You don’t need to be able to read music but getting to know the songs a little before the workshop is essential. Bring your own gladioli!

Songs covered (you have to know the songs before you come):

Informal concert at 4.00pm at the end of the workshop in front of family and friends in the Foyer cafe.

Check out the photos from the day! 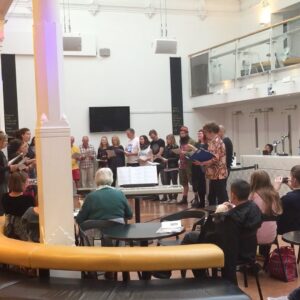 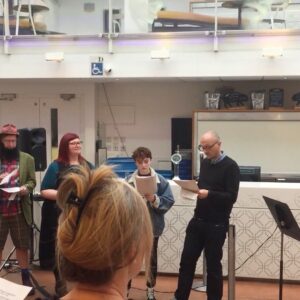 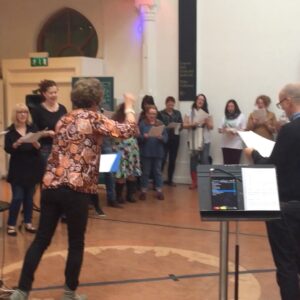 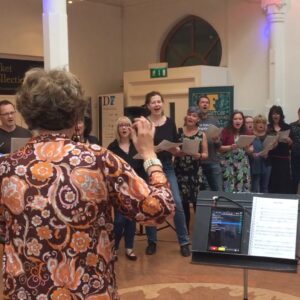 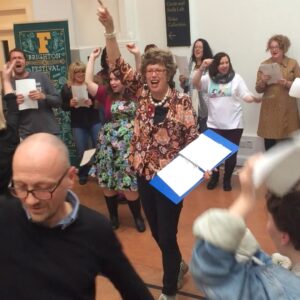 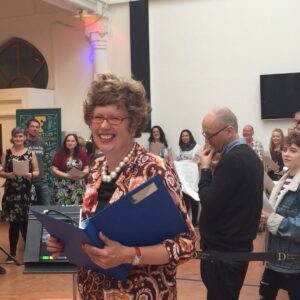 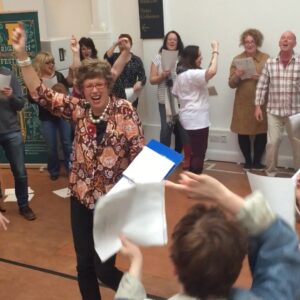 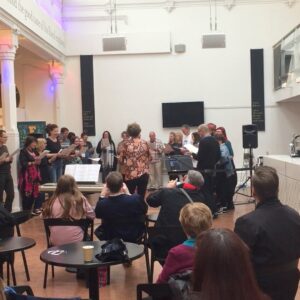 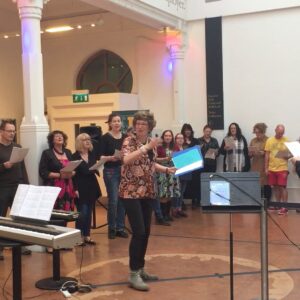 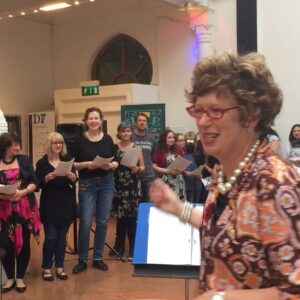 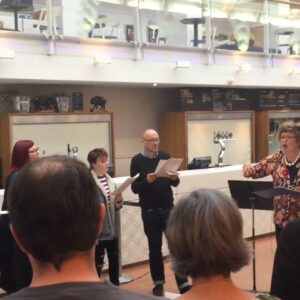 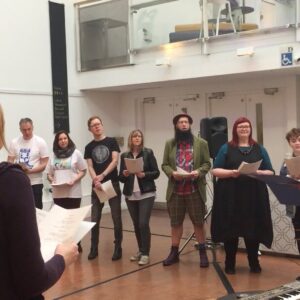 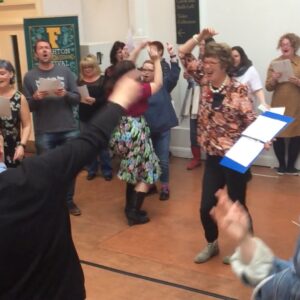 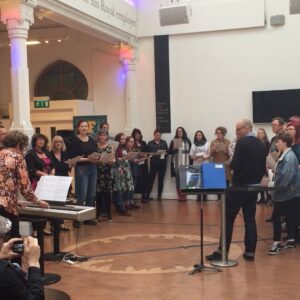 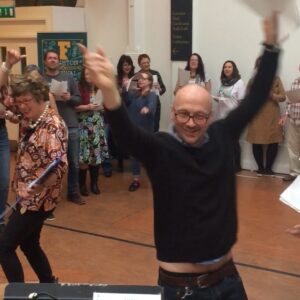 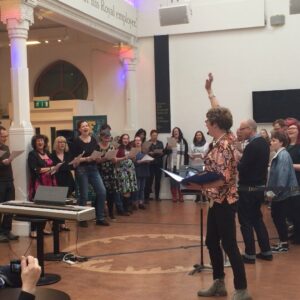 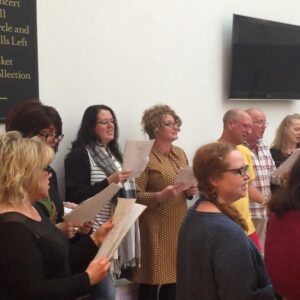 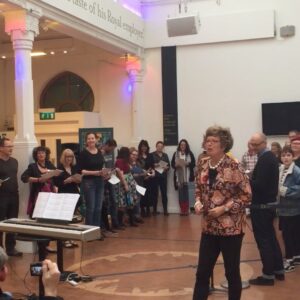 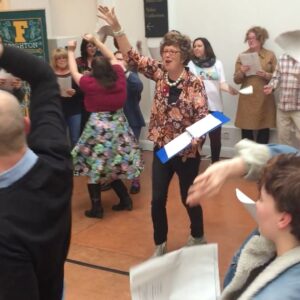 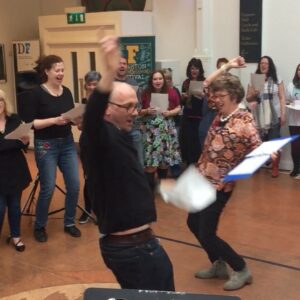 Lorraine Bowen is a great enthusiast for the pleasures and benefits of community singing. Her workshops bring people together, introduce people to the joys of singing and give them an opportunity to perform onstage.

Lorraine teaches technique, posture, breathing exercises, getting the most out your voice and vocal confidence. Learning excellent vocal tricks whilst having a good time is always on the agenda.

She enjoys working on both small and large-scale singing events at private functions and arts centres like The Dome in Brighton and Bexhill’s De La Warr Pavilion. Workshops often end with an informal concert where participants perform in front of friends and family!

Lorraine has produced five albums of original hits on her own label, Sequin Skirt and these songs have been featured in films, radio and TV programmes. Last year she appeared on reality TV show “Britain’s Got Talent” which brought her a whole new fanbase.

Lorraine has a Bachelor of Music (Hons) Degree in Music from Surrey University, specialising in singing and certificate in Performance Coaching from Newcastle College.  She has a lot of experience about giving inspiration and setting goals and is passionate about getting others to enjoy their voices and her singing workshops are always energetic, of a high standard and provide fun with great feedback.

Do You Know the Way to San Jose?

I Say a Little Prayer

The Look of Love

All Kinds of People

Raindrops Keep Fallin’ On My Head

What the World Needs Now

Bernstein’s great jazz musical covered in a one day workshop

One hand, one heart

9 re-arranged songs covered in this workshop of four hours plus lunch break:

Do Re Mi (Sound of Music)

My Favourite Things (Sound of Music)

I Could Have Danced All Night (My Fair Lady)

Wouldn’t it Be Loverly (My Fair Lady)

Someone to Watch Over Me (Star!)

Hopelessly devoted to you

You’re the One that I want

Grease is the Word

Name of the Game

Knowing me, knowing you

Take a Chance on Me

I have a Dream

Thank you for the music

You Make me Feel – Sylvester

Singers are encouraged to wear their fave nostalgic DISCO wear for the informal concert.

Lorraine has a huge repertoire of Christmas sing-along material having created two huge concerts at the De La Warr Pavilion in 2014 and 2015.

70 singers attended the day workshop and then sang on stage accompanied by a giant screen with moving lyrics.  400 people attended the sing-along.  Photos by Melita Dennett.

Simply Having a Wonderful Christmas Time

Walking in the Air

Have Yourself a Merry Little Christmas

We wish you a Merry Christmas

Any of the above songs

Lorraine Bowen’s singing workshops have been held at:-

The Big Gay Sing at the Southbank Centre, London